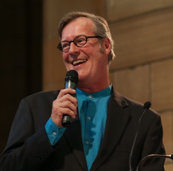 There’s nothing like laughter to bring a group together. “Standup, television & radio comedian” would sum up Alan’s career pretty quickly though the variety of work he’s undertaken can’t be so easily condensed. In the corporate events department Alan has been a writer, performer, producer, MC, talent scout and, throughout, the much-needed comic relief. 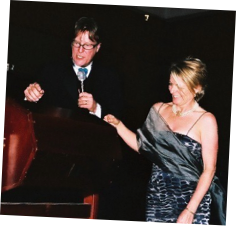 As a master of ceremonies, Alan is more than capable of handling single events or keeping an audience sitting happily through day after day of training sessions, workshops, guest and in-house speakers. Alan has the business sense to find an appropriate remark to lift an audience while underlining the speaker, moment or presentation in which he is engaged. Attention to detail and thorough preparation are the hallmarks of Alan’s corporate work.